Washington DC based disco/funk group Banbarra's sole known single, "Shack Up" was recorded at Track Recorders and released on the United Artists label in the mid 1970's, and while obscure, has had a lasting dancefloor impact, turning up on numerous compilations, reissues and in hip hop and drum & bass samples. The group was apparently a "One Hit Wonder" featuring songwriters Moe Daniels and Joseph Anthony Carter. Billboard denotes the interesting 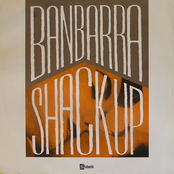