Bo Carter (born Armenter Chatmon, June 30, 1892 or March 21, 1893 - September 21, 1964) was an American early blues musician. He was a member of the Mississippi Sheiks in concerts, and on a few of their recordings. Carter also managed that group, which included his brother, Lonnie Chatmon, on fiddle and occasionally Sam Chatmon on bass, along with a friend, Walter Vinson, on guitar and lead vocals. Since the 1960s, Carter has become best known for his bawdy songs such as "Banana in Your Fruit Basket" 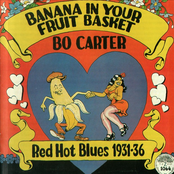 Banana in Your Fruit Basket 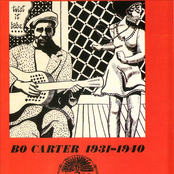