Bronx River Parkway was intially formed in 2001 when they released the 45 single "Quines Que resolverlo" on the Latin Express imprint of Soul Fire records. A few years later they released their second single "deixa Pra La" on Truth & Soul, the label they currently record for. In February of 2006, Pablo Rodgriguez of Candela Records brought BRP down to Puerto Rico to cut a record with the help of some legenday musicians that make their home in PR. Original members Leon Michels 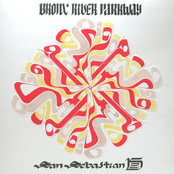