CeDell Davis (born Ellis Davis; June 9, 1927 –September 27, 2017) was an American blues guitarist and singer. Davis was most notable for his distinctive style of guitar playing. Davis played guitar using a table knife in his fretting hand in a manner similar to slide guitar, resulting in a welter of metal-stress harmonic transients and a singular tonal plasticity. He used this style out of necessity. When he was 10, he suffered from severe polio which left him little control over his left hand and restricted use of his right. 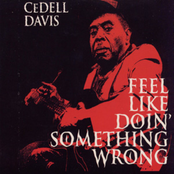 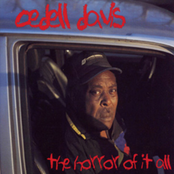 The Horror Of It All 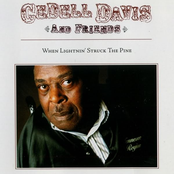 When Lightnin' Struck the Pine