Charles Pasi (born 1984) is a musician from France who performs a unique blend of modern jazz and blues, accompanied by his signature harmonica sounds. He has been active since 2006 when he released his highly-acclaimed first album, Mainly Blue. His second album, Uncaged, was released five years later and included saxophonist Archie Shepp on two album tracks. He is now expecting a third album to be released early in 2014. 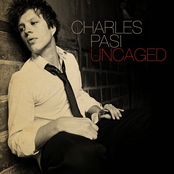