David Daniel Kaminsky, known as Danny Kaye (January 18, 1913 – March 3, 1987) was an American actor, singer and comedian. Born to Jewish immigrants in Brooklyn, red-haired Kaye became one of the world's best-known comedians. He learned his trade in his teen years as a tummler in the Catskills. In 1941 he appeared in the Broadway show, Lady in the Dark and performed the famous number "Tchaikovsky," by Kurt Weill and Ira Gershwin, in which he sang the names of a whole string of Russian composers at breakneck speed 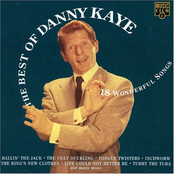 The Best Of Danny Kaye 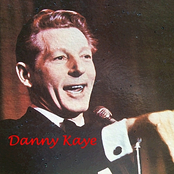