1) dAsh is a five member hungarian metal band, which exist in the current lineup since 2013. Their music could be described as a mixture of progressive/fusion metal - hardcore screaming and heavy riffs with funky, latin etc. elements. Style of dAsh is balancing between hard-to-understand instrumental solutions and catchy vocals. 2) Dash or Da-sh (Iran) is an Iranian rock band. Dash was Founded in Nov. 2002 by Maanie and Milad, who were later joined by Babak and Siavash. 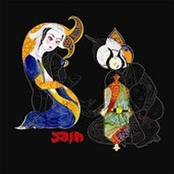