Powerful, milky smooth, rich baritone. Dick Haymes (September 13, 1916 – March 28, 1980) was one of the most popular American male vocalists of the 1940s and early 1950s. He was born in Buenos Aires, Argentina. His Irish-born mother, Marguerite Haymes (1894-1987), was a well-known vocal coach and instructor. He became the vocalist in a number of big bands, worked in Hollywood on radio and in many films throughout the forties and fifties. He never 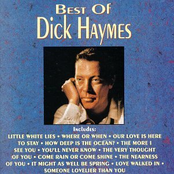 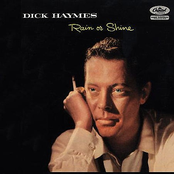