Duffy Power (born Ray Howard, 9 September 1941, Fulham, West London) is an English blues and rock and roll singer, who achieved some success in the 1960s and has performed and recorded intermittently since then. He was discovered in 1959 by impresario, Larry Parnes, singing at a talent show with his group Duffy and the Dreamers. He was renamed Duffy Power in the style of Parnes' other discoveries, such as Billy Fury, Marty Wilde, Vince Eager and Georgie Fame. 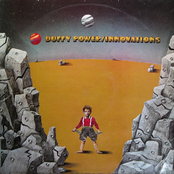