Eric Von Schmidt (May 28, 1931 - February 2, 2007) was an American singer-songwriter associated with the folk/blues revival of the 1960s and a key part of the East Coast folk music scene included Joan Baez, Bob Dylan and others. Von Schmidt is probably best known for not being the author of the song Baby, Let Me Follow You Down, which was for years a staple of Dylan's musical catalogue. Dylan's label, Columbia Records, credited Von Schmidt as the composer of the piece. 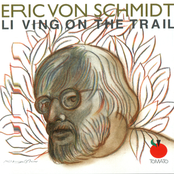 Living On The Trail 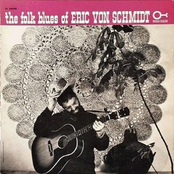