It would be neat to describe First Light as the dawn of Paul Hardcastle's career, but that wouldn't be quite true. He actually started out in Direct Drive, a six-piece jazz-funk group who put out two singles on Oval in 1981-82 before keyboard player Paul and vocalist Derek Green stepped out on their own to form First Light who put out two more singles on Oval, 'Horse With No Name'/'Don't Be Mistaken' and 'AM'. After releasing two singles on London 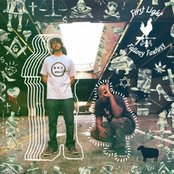