There are two artists with this name: 1) Flea was an early 70s Italian progressive rock band that released in fact three albums with different names, the first as 'Flea in the Honey', with the members only identified with English nicknames, then as 'Flea', and later as 'Etna'. 2) Michael Peter Balzary (born October 16, 1962), better known as Flea, is an Australian-born American musician and actor. He is best known as the bassist, co-founding member 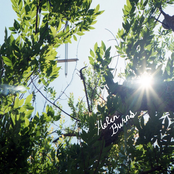