FRANK SOLARI Frank Solari was born in Porto Alegre, Brazil. Since 1988 he had been highly regarded by the critics. This reputation helped get him the opportunity to audition to open BOB DYLAN’s concerts, as well as play with the drummer BILLY COBHAM and share the stage with the guitarist STANLEY JORDAN. Solari received from this legends musician’s approval and respect back. The experience with the distorted guitar style and Brazilian rhythms defines his personality. 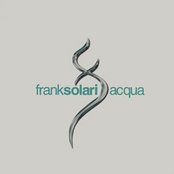