Fusik (few-sick) is a funky five piece band from Ft. Lauderdale Florida, USA. The band uses unique elements of Funk, Blues, Soul, Latin and Rock music to form fresh modern grooves that will keep you moving! The band started in south Florida in 2005 and has built much momentum since. Fusik is known world wide largely due to their involvement in the underground Hip Hop scene and through the support of bboys and bgirls across the globe. They've had the pleasure of performing their music in France, Poland, Spain, Italy, and Mexico. 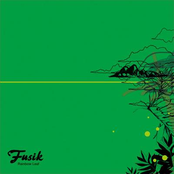