Gary Windo (November 7, 1941, Brighton, United Kingdom – July 25, 1992, New York City, USA) was a jazz tenor saxophonist. He came from a musical family in England and by age six took up drums and accordion, then guitar at 12, and finally saxophone at 17. He lived in the United States in the 1960s, but returned to England in 1969. In the early 1970s, his career grew as he founded his own group, the Gary Windo Quartet, and worked with Brotherhood of Breath, Centipede, Matching Mole, The Running Man, Carla Bley and Nick Mason. 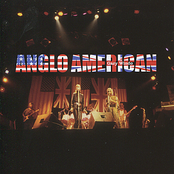