GoldLink began his career performing under his birth name D'Anthony Carlos. He began making music as a hobby after graduating high school, eventually recording tracks in a local studio in Washington D.C. named Indie Media Lab. He released his first tracks on Bandcamp under the name Gold Link James. It was in 2013 that he began performing as GoldLink, releasing several free tracks on SoundCloud. He is best known for his 2014 mixtape The God Complex. 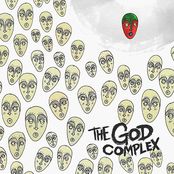