GPS is a progressive rock supergroup that evolved from the John Payne-centric pre Phoenix line-up of Asia, adopting the name GPS in 2006. John Payne, Guthrie Govan, Jay Schellen and Ryo Okumoto. All four men have left their mark indelibly stamped on the music world. John Payne joined venerable rock legends ASIA back in 1991 after John Wetton’s final departure. Over the next 15 years, John would lead Asia through some of their most critically and fan acclaimed works. 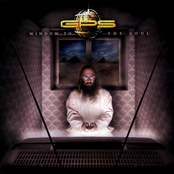 Window To The Soul