Greg Phillinganes is a keyboardist/vocalist who appeared on several Michael Jackson records and also toured with him. He had moderate success as a solo artist with the album Pulse, in 1984, and the single Behind The Mask, later recorded by Eric Clapton. 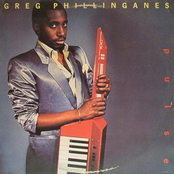