Hemlock Smith is the project of singer/songwriter Michael Frei, who is currently living in Lausanne, Switzerland. Somewhere between rock, folk, pop and jazz, he tells some dark tales, but with the distance of irony and the weary warmth of a man who has lived them. His soft voice is a song of night, sometimes just a murmur, a relic from a distant dream. After a first record (A secret life, 2002) , which has gathered wide critical acclaim and has been distributed in Europe and South America 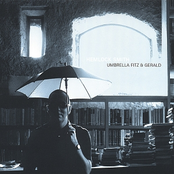