Hermann Szobel is/was a pianist and composer. He produced and recorded one album, titled "Szobel," at the age of 18, demonstrating, in the words of a "Down Beat" reviewer (9 September 1976), "a conception and technique far in advance of most musicians twice his age." According to the artist biography included with promotional copies of the album, Szobel was born in Vienna in 1958 and was "a child prodigy who began his classical training at the age of six" who "spent the majority of his practicing hours on pieces by Chopin. 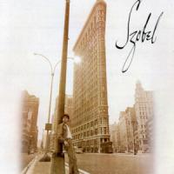