There are several artists with this name; 1. HOWARD JOHNSON - THE WORD KING As a guitarist at the age of 9 had a tendency to go against the grain as a suitor for all forms of music. Soon to realize that there wasnt any challenge in writing songs and was able to play any instrument. As a writer has written over 1200 songs, 1000 poems, 40 short stories and 5 books. Has worked with many different bands to include Heart, Korn, Sugar Ray, Alice in Chains and recorded over 40 songs with Chris Baird, Engineer & Guitar Tech for the band Korn. 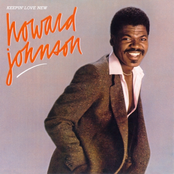