Ryan York aka "Jacuzzi" is a 19 year old producer from Honolulu, Hawaii. Though he has a limited number of releases under his own name thus far, Jacuzzi’s extraordinary production skill and musical composition have been tapped by some of the most popular DJs in the world, his instrumentals requested by several of 2013’s most respected multi-platinum hip-hop artists. In December 2013, Jacuzzi released his debut EP, Mizu, to over- whelming critical support and over 15,000 downloads via his website, Jacuzzi. 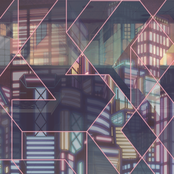