Jimmy Dorsey (February 29, 1904 – June 12, 1957) was born in Shenandoah, Pennsylvania, the son of a music teacher, but overshadowed by his younger brother Tommy Dorsey, the prominent musician. He played trumpet in his youth, appearing on stage in a Vaudeville act as early as 1913. He switched to alto saxophone in 1915, and then learned to double on clarinet.badboom 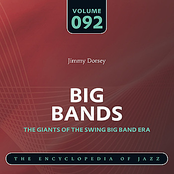 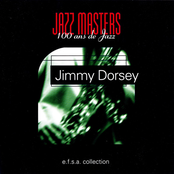