The John Mayer Trio is the brainchild of pop sensation John Mayer, who, in 2005, decided to move his music in a new direction teaming up with Steve Jordan, and Pino Palladino, pursuing a more blues-influenced style and paying homage to the great musicians of his childhood days. In October 2005, they toured as the opening act for The Rolling Stones on some dates. 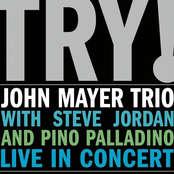 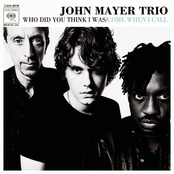 Who Did You Think I Was