While Karen Souza´s voice may sound like it was made for jazz, she is in fact a relative newcomer to this genre of music. Her career began under various psydeonymns as she provided vocal support to a number of electronic music producers and was part of several International House hits. She can be found singing under these pseudonymns on albums such as Pacha Ibiza, FTV (FashionTV), Paris Dernier, Hotel Costes and Privé. She had just begun to flirt 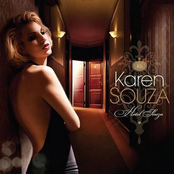 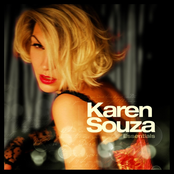