There are at least two musical acts named 'Manzel'. 1. A Funk band from the USA. 2. A moniker of argentinian techno producer Jonas Kopp. Manzel Bush was a keyboardist during the 1970s, known for the classic breaks "Space Funk" and "Midnight's Theme". "Space Funk" was originally released on the Fraternity label in 1977, and became a cult classic in the funk and hip-hop communities. 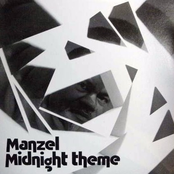