Marvin Pontiac was hit and killed by a bus in June 1977 ending the life of one of the most enigmatic geniuses of modern music. He was born in 1932, the son of an African father from Mali and a white Jewish mother from New Rochelle, New York. The father's original last name was Toure, but he changed it to Pontiac when the family moved to Detroit, believing it to be a conventional American name. Marvin's father left the family when Marvin was two years old. 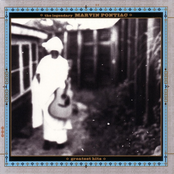