Maxine Sullivan (born Marietta Williams, May 13, 1911 – April 7, 1987) was an American jazz vocalist and performer. As a vocalist, Maxine Sullivan was active for half a century, from the mid-1930s to just before her death in 1987. She is best known for her 1937 recording of a swing version of the Scottish folk song "Loch Lomond". Throughout her career, Sullivan also appeared as a performer on film as well as on stage. A precursor to better-known later vocalists such as Ella Fitzgerald 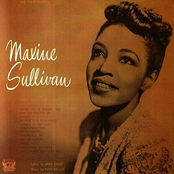 A Tribute To Andy Razaf

The Lady's in Love With You