PapaNegro is a Chilean Band which fusions influences from the Funk, 70's Soul to the finest sounds from Acid Jazz and modern electronic music. They have released two main works with record labels: Superactivo (Superactive) in the year 2000 and Compacto (Compact) in 2005. In 2007 they have launched a project/album called "7" which is licensed under a Creative Commons Atribución-No Comercial-Licenciar Igual 2.0 Chile License. The project is composed by seven songs and seven visual works made by several artists 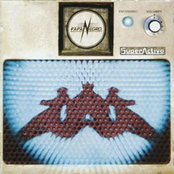