Chicago's Paul Cary knows a thing or two about grit. In his Iowa days, Cary was the front man for the seminal In The Red Records’ band, The Horrors (not the UK band, the gritty garage rockers from the depths of Iowa). During that time, Paul Cary drove taxis, hopped trains from Iowa City to San Diego, worked the door at local dive bars and toured Europe with The Horrors. While on In the Red Records, The Horrors released two albums: 2000’s self-titled The Horrors recorded by Mike McHugh at the Distillery and 2004’s Vent 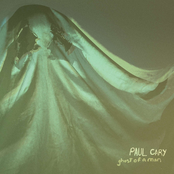 Ghost of a Man