An eight-piece funk/soul band consisting of six males and two females (Brenda Reynolds and Vickie Drayton), Positive Force were founded in Pennsylvania through the efforts of Reynolds and Albert Williams. They were discovered by Nate Edmonds, an organist/pianist, writer, arranger, and producer for All Platinum/Stang/Sugarhill Records, who got them a deal with Sugarhill. Edmonds, who served as the group's mentor, also played organ with Curtis Knight & the Squires, a band that included Jimi Hendrix, in the mid-'60s. 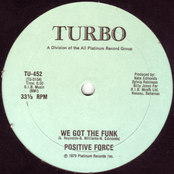 We Got the Funk 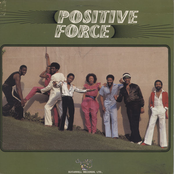