Ripple was an American funk band from Michigan. The group was signed to GRC Records in the 1970s, and scored several hit singles, the biggest of which was "I Don't Know What It Is, but It Sure Is Funky". 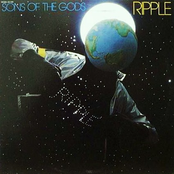 Sons Of The Gods