Sean Malone (born in Delran, New Jersey) is an American bass player. He is also a proficient player on Chapman stick. He achieved success in young age with a pioneering metal band Cynic from Florida. What set him apart early on from other metal bassists are his fusion/jazz influenced basslines. In the academic field, Malone has papers on theory and music cognition published and given presentations at conferences such as the Society for Music Theory 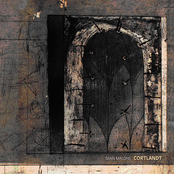 At War With Self