The funk phoenix rises from the flames of rave. Soopasoul is that rarest of things in this electronic age of dance music. A band where everything is played in live, where loops and plug-ins are passed over in favour of a drum kit in the living room, guitars and bass that are lying around and a funky horn section so steeped in tradition that you can feel the real deal being played out in front of your ears. Danny Hybrid the man behind Soopasoul grew up in Manchester and has been a music pioneer since the age of 14. 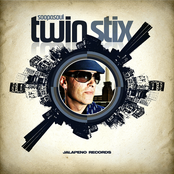