Spectrum Road is a jazz-rock supergroup featuring bassist Jack Bruce, guitarist Vernon Reid, drummer Cindy Blackman Santana, and organist John Medeski that formed as a tribute to the inspiration and music of Tony Williams' pioneering Lifetime group (of which Bruce was a member). In the process of playing Lifetime's music as a project, they became a bona fide band. 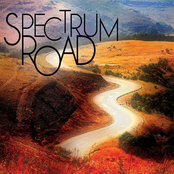 John McLaughlin and the 4th Dimension