There are at least three different musical acts by the name STARFIRE: 1. The 1974 Progressive Rock group from California signed to Crimson Records which released only 200 copies of its debut album on vinyl. 2. The 1976 Funk band album “Out of the Ghetto: Get Off with Us” released on the Funk Delicacies label. 3. The name of a rock act from Los Angeles with the album “Eye of the Storm” released April 30, 2010. Keyboardist & lead vocalist 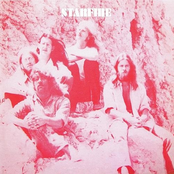