Steve’s parents recognized his gift for music when he was only three years old. They felt confident that he should follow a musical path in his formative years, so they sought out the best piano teacher locally, in Dayton, Ohio. He studied everything from classical to baroque to contemporary styles under the watchful eye of Audley Wasson. His years of study continued through out high school, when at the end, Steve performed a senior recital. It was during his younger years that Steve met his future brother-in-law 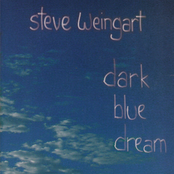