Sumo Elevator is a heavy elevator music trio from Israel. Formed in 2006 by Yevgeny Kushnir (guitars) and Oleg Szumski (drums), the band's line-up changed in its first two years. In 2008, Mark Lekhovitser (bass guitars) and Alik Furman (synthesizers) joined. Shortly after that, the quartet recorded and released its debut EP ho-muwa-ku which defined its unique sound and direction. After a series of promotional shows in Israel, Mark moved on. While seeking a new bassist 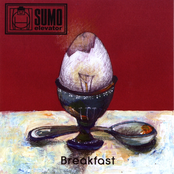