Artist Info: The Boy Who Trapped The Sun

The Boy Who Trapped the Sun is Scottish singer-songwriter Colin MacLeod from the Isle of Lewis. He was discovered swinging round the rafters of an Aberdeen bar, dishing out Deep Purple covers and, he says, “generally acting like an arse.” Having smashed his guitar and knocked himself unconscious on stage, he set to cleaning up both the broken instrument and his act. Thus The Boy moved to London; to become a solo artist and an adult. And so emerged a record - due out this summer - full of strange

Top Albums The Boy Who Trapped The Sun 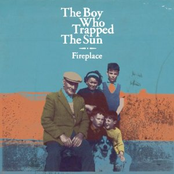