The Coconut Monkeyrocket (2003 - present) is Jason Emmett, an electronic artist from Tallahassee, Florida. His music samples thrift store records and other eclectic bits of sound to create a cartoony and retro-sounding style referred to as 'electrokitsch' or 'toonbeat.' In 2007 he released his first full-length album, With Birds, which is available on the official website. A second album is to be released soon. His discography also includes tracks featured in several compilation albums.In 2003, he did a split EP with Martinibomb. 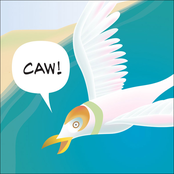