The Growl started out as a bedroom recording project for Cameron Avery and Clinton Oliver but soon expanded into a five piece maelstrom of noise including two drummers. In December 2012 the band used an old attic in Perth’s CBD as a makeshift studio. The big old rooms, wooden floors and crumbling metal ceiling had the perfect atmosphere to record their debut album. Filthy guitars, stoner lyrics and a sly, shifting rhythm give The Growl's debut single a Morphine-grade gravitas. 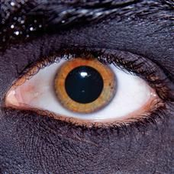