Time Lapse Consortium is an American band formed in 2003. Their sound is described as Psychedelic, Jazz, and Funk. The group consists of current Incubus members Mike Einziger on Guitar, Jose Pasillas on drums, Ben Kenney on Bass (although he was not a member of Incubus at the time of joining Time Lapse Consortium), Neal Evans of Soulive on Organ, and Suzie Katayama contributing on string arrangements. Time Lapse Consortium was created in 2003 by 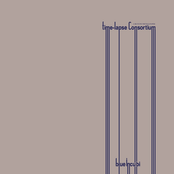 Live at the Roxy Theater