During his tenure with Santana in the 1970’s, Tom Coster made his mark as a keyboard player and composer of versatility and power. Detroit-born and San Francisco-raised, Coster played piano and accordion as a youth, continuing his studies through college and a productive five-year stint as a musician in the Air Force. He then invaded the Bay Area club scene, soon acquiring his reputation as a standout keyboard player. After successful tenures with the rock group The Loading Zone and jazz guitarist Gabor Szabo 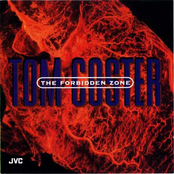 From Me to You